So, you’re an animator. You know the insides and out of the animation process, and you understand what it is to make good content that is worth both your time and the viewers time. Good for you! But what happens when you want to grow your YouTube audience and attempt to be a “popular” YouTube animator?

The problem is, it’s basically impossible to be a YouTube animation “star” unless you have a team of people that can work quickly and devote tons of hours into animation.

Now, popularity isn’t everything. Getting popular on YouTube shouldn’t be your life’s goal. YouTube stars rise and fall more quickly than the Roman Empire. As a filmmaker, you should strive to make great content and express yourself in the videos you create. However, there is always that “I want to get my content watched by more people” feeling.

So that’s where I will begin. With you, the animator, wanting to grow your YouTube fanbase and gain visibility.

Most “famous” channels on YouTube are either gamers, bloggers, talk shows, or something of the like. Animation (both digital and traditional) channels are not quite as popular, unless it’s a channel that curates animation from many creators. Why is this? Because on YouTube, consistency is key. And this is unfortunate for the animator, because animation takes a really long time to produce. It’s not like you just set up your camera or your recording software and talk into it while doing something and you have a video. It’s a very involved process.

Some people like to produce videos monthly (or bi-mothly), and try to stick to the schedule no matter what. This works well for the YouTube system, because people can always expect a new video every month. Others like to produce films that are of superb quality, that are well thought out and written, and that are worthwhile to view. They may come once a month, once a year, or once a decade, but they are worth the time and effort. This, unfortunately, does not work for the YouTube system at all. If people don’t see fresh content, they think you have fallen off the face of the planet!

With that in mind, there are a few things you can do to help balance the regular content with quality films:

From what I have seen this seems to work well for LEGO animators. It probably works for other kinds of animation as well. Basically, you make a film a month (or every two months, whatever suits you), but you continue to work on your feature film simultaneously. This “monthly film” could be anything, it could be an animation test you decided to turn into something a bit more than just a test, it could be a short joke or story you have been wanting to do, it could be a mini-series that doesn’t take too much effort to create. But remember, you can’t get caught up in your short films too terribly much. Remember to keep them simple. Make them good, but don’t neglect your feature film.

Your animation schedule might look something like this: 3 weeks out of a month, you work on your feature film. One week out of the month, you make your short “monthly film”. This way, you can produce consistent content as well as make the film you have always wanted to create.

But if you want to put your full attention on your feature film, there is an alternate way to prove you’re not dead on YouTube.

Make your feature film only, but release lots of updates

The title says all. You don’t make little short films. You make only your feature film. You may choose this option because you have limited resources, or you don’t want to get distracted from it and sacrifice quality of your feature. As you make your content, make update videos, release short clips, make animation tests, show people how you do things, take Q&A, etc. This keeps your viewers involved and builds the hype for your film so when you do get it done, you will have a larger following and more viewers in the end. Of course, you must remember not to spoil your movie plot. You don’t want the audience knowing everything before hand and not having a need to watch the movie!

In summary, it’s not easy being an animator that wants to hit it big on YouTube. But at least you have options to explore. And hey, don’t feel bad if you aren’t famous or popular. It’s not about the subscriber count, it’s about your films. And an audience always finds good content sooner or later. 😉 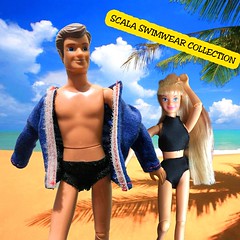 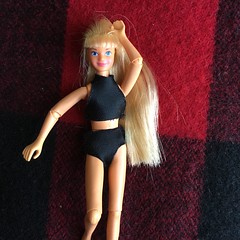 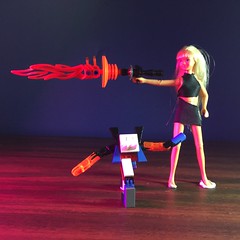